The Williamson Road evolution: from cruise-ins to massage parlors and back again

Drivers aren’t the only ones taking off 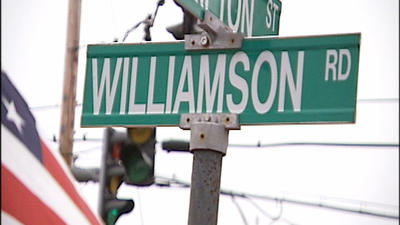 ROANOKE, Va.—
There were the good ole’ days, then the not so great days.

Says Jones, “They went out and cleaned it up, and got rid of things like the massage parlors and the triple-x and we’ve brought it back to where it was more viable, and it’s been much more viable.”

Rea Jeong has been cooking up his “American Dream” since the late 90s when he came to the U.S.

Entrepreneur felt a kinship between his native land and Roanoke; Wonju’s sister city.

At El Rodeo, the cuisine may be different, but the thought is much the same.

Since opening in 2004, business has been booming and employees say it because of the location.

“Williamson Road is a good place to have a business because it’s in the middle of Roanoke. And I mean, what can’t you find here!” exclaims waiter Jorge Garnica.

It’s a message the Williamson Road Area Business Association has been trying to spread for years.

“It’s interesting,” says Jones, “Williamson Road has always been the incubator of the city, businesses start here and they grow and they may move to a different place for more space, but some of them stay and they stay for a long time.”

Robert Frydrych started this business on Williamson Road 30-years ago.
It grew, as the area around it evolved.

“The traffic on Williamson Road still one of the largest in this area, as far as road traffic it’s one of the heaviest traveled,” explains Frydrych.

Explains Jones, “I can get my haircut, get lunch, take the kids to the park, go a store get groceries, go to hardware, get my clothes cleaned, get my car repaired and have some keys made all in one 5 to 7 miles stretch. Where else can you do that?”

One of Williamson Road’s big events, Star City Motor Madness is coming up at the end of June.

The event to celebrate cars and the love of “cruising” is June 29th and 30th.

I received the below email this morning from a member of WRABA. This is an extremely trusted company and I pass on their offer to any who would like…

Read More
Categories
Recent Posts
Back to the top